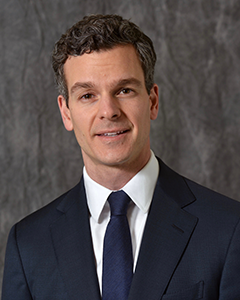 College: The University of Oregon 2007

Hobbies and Interests when not working: Hiking with my dog Chewbacca, enjoying outdoor activities, photography, cooking, sports, and spending time with friends and family.

Why I love what I do:To speak on behalf of, and to provide advice to, someone who stands accused of a crime is an incredible privilege and honor because of the monumental importance of the case to the client’s own life and the importance of the role of the criminal defense attorney in the world.

In my personal experience, most prosecutors and police are well-meaning public servants. However, this does not mean that they are not prone to errors and biases. Someone must be motivated to protect the interests of the accused in order to guard against these behaviors, and that is exactly what a criminal defense attorney is supposed to do.

In my career I have come across many cases in which the police or prosecution (or both) exercised poor judgment. However, one recent case stands out.

To this day, it is still a mystery to me how my client Ashley ended up not only being arrested on the following facts, but charged with a DUI and pushed the brink of a trial before the prosecutor finally agreed to do what was right, which was to dismiss the case.

Ashley was at a casino in San Diego County with her friend Juliana. It was past midnight. The two decided to leave the casino in Juliana’s car after drinking about three drinks apiece at the casino. While Juliana was driving around a curve, she lost control of the vehicle and flipped the car over. There were no other witnesses to the crash, which occurred in a somewhat remote area. However, two passersby reported the accident, and the police showed up.

Seeing that both women exhibited signs of intoxication, the responding officers conducted a DUI investigation. Neither woman admitted to driving the vehicle, and neither pointed the finger at the other. Ashley did not want to point the finger at her friend because she knew that her friend was not a United States citizen, and that a DUI arrest could cause problems with her ability to remain in the country. Ashley knew this, in part, because she herself had been previously convicted of a DUI.

When the police ran Ashley’s name through their computer system, they discovered Ashley had a DUI conviction. The police then steered their investigation toward Ashley being the driver. The officers knew they could not officially use this fact as the basis for an arrest in this case, so they looked for other evidence that Ashley was the driver. The officers spent a great deal of time talking to Juliana, and pressured her to point the finger at Ashley, which she finally did, then later confessed to being the driver. The officers did not include her confession in their written reports (which the prosecutor uses to form the basis of its decision whether to file charges).

I reviewed the body-worn camera footage and discovered Juliana’s confession. Even without the confession, and with her accusation, I knew that the prosecution had no leg to stand on. There was no way the prosecutor could know which woman drove. It was a 50/50 proposition, and the prosecutor’s burden of proof is much higher.

I advised my client to exercise her constitutional right to a jury trial, and she did. The prosecutor waited until the final hour before the start of trial to dismiss the case.

It was an honor to represent Ashley, and that is how I feel about my representation of all of my clients.