Skip to content
NoCuffs.com » About Us » Nathan D. Wente 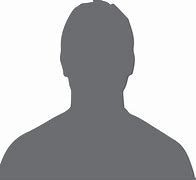 Short Story: I started my legal career working as a Deputy District Attorney. It wasn’t long before I learned that our criminal justice system was not at all like what I believed it to be. I quickly concluded that I was better suited to defend citizens against the government. I resigned my position as a prosecutor and became a defense attorney. I’ve been doing defense work for more than 10 years and have represented many people in a variety of criminal and traffic cases in multiple states.