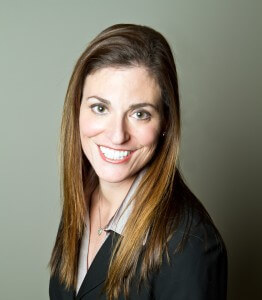 Hobbies and interests when not working: art, music, theater, over 15 year volunteer for Alpha Phi, spending time with family

As a former Deputy District Attorney, I strongly believe that the prosecution must be able to prove every case it files beyond a reasonable doubt. Sometimes the prosecution can’t; and I feel it is my duty as a criminal defense attorney to ensure all of my client’s rights are protected.

I worked with a client who was charged with Driving Under the influence and refusing a chemical test after she informed the police that she was driving her friend’s car and hit an embankment which totaled her friend’s car. Upon speaking with the client, she told me her friend was the driver, not she. When I asked her why she told the police she was the driver, she stated that she had consumed alcohol once she and her friend arrived at Mountain High Ski Resort, which was hours prior to the accident. She had fallen and broke her wrist soon after they began snowboarding; and she spent the remaining portion of the day in the emergency medical center at the ski resort while her friend continued to drink alcohol throughout the day as she snowboarded. After the accident she and her friend decided that since her friend had two prior DUI’s and had recently consumed alcohol, that my client would tell the police that she was the driver. She never thought her blood alcohol content would be over the legal limit since she had consumed alcohol many hours prior to the accident; however, her preliminary alcohol screening test result was a .15%.

After she was arrested she was taken to the hospital for a fractured wrist against her wishes by police because she did not have the money to pay for medical care. When the officer asked her if she would take a breath or blood test she said, “I will take a breath test”. The officer informed her that she could not take a breath test because they were at the hospital, and that he was just “reading the admonition off the form.” Since she was afraid that she would be charged for the blood test, she continuously stated “I want a breath test.” The officer told her that she was refusing a chemical test because the only option she had was to take a blood test.

As soon as the case was filed in court, I provided the prosecution with:

-A written statement from the client stating exactly what had occurred and that she was not the driver;

-Text message screen shots of discussions between the client and the real driver of the vehicle which cast doubt that the client was the driver;

-Information that the friend (and real driver) refused to provide a verbal or written statement to me about what occurred;

After many discussions with the Los Angeles District Attorney’s Office prosecutors, they agreed to dismiss the charge against my client for Driving Under the Influence and refusing a chemical test.

Review: Susan Haber was absolutely stellar in the representation she provided me! I have no doubt that

had she not been working on my behalf, I would be in police custody right now with many years of

probation hanging over my head rather than writing this review.

Here’s what I experienced with Susan as my attorney.

By the time Susan was done she had achieved the following.

To be fair, and in the interest of full disclosure, my case was complicated. I had previously served some time in jail and my case involved additional priors. Yet, Susan was able to parse through all this and still argue for time served due to inconsistencies she was able to find. She took information that was available to my previous attorney, a public defender, which he missed entirely. She took the time to understand the specifics of the case and was astute and experienced enough to bring these issues to light.

She acted masterfully in my defense and continued to argue the specifics of her findings even when the judge seemed to push back. I believe anyone facing a DUI or DWI case would be remiss by not taking advantage of the strengths and benefits Susan brings to the table.

In short, I could not have wished for a better outcome and am eternally grateful to her for taking the time and effort that she did. Susan’s experience, commitment, and expertise made the difference in giving me my life back.