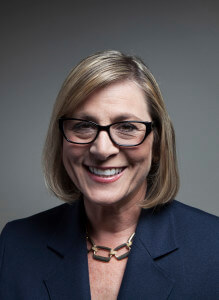 A few years ago, a client in Long Beach was charged with auto burglary.  One morning, he was walking to his car parked near his home, when a police cruiser rolled up.  Police held him and talked to him for a few minutes.  He didn’t know at the time, but the victim of an auto burglary in a shopping center parking garage several city blocks away, was sitting 25-30’ in another police cruiser.  She identified him as the man who she discovered rifling through her car when she returned to the parking lot.  Police arrested him on the spot.

The client hired an attorney (not KLF), who attended the arraignment.  The attorney encouraged the client to plead guilty early because he would only get 30 days Caltrans. The attorney, according to our client, treated him like he was guilty and was uninterested in investigating the case further.  Our client was in a terrible position because he wasn’t a citizen.  His mother brought him here from Mexico as an adolescent.  He met and married a U.S. citizen and they had two children.  He returned to Mexico for one year, leaving his wife and two small kids, so that he could properly apply for U.S. residency and re-enter.  He had returned to his family less than two months prior to his arrest.  Had he pled guilty to auto burglary, a moral turpitude criminal, he would have been immediately deportable and, if deported, thereafter denied entry in to the U.S.

He hired us for pretrial representation.  I put in a not-guilty plea on his case.  We discovered that the client was arrested in clothes that were different than those described by the victim in her 911 call, and that the perpetrator had run in a direction different than that where our client was apprehended.  The parking garage had electronic surveillance, but all video taken in the garage was destroyed due to the passage of time.  The police never bothered to secure the video that could have conclusively shown that he was, or was not, the person who had broken into the car.  The victim in the case was a regular, and recent, user of illicit drugs.

Other than the victim’s cross-racial identification, and the fact that the perpetrator and our client were both very tall, there was essentially no evidence that our client was guilty.  The prosecutor, however, was unwilling to drop the charges.  We needed to take the case to trial.  Our client’s family had spent their last penny when they hired us for pretrial representation.  I called Darren and explained what was going on with the case and he agreed that representing the client “pro bono” for trial was the “right thing to do.”  A month later, I called “ready” for trial.  Knowing we weren’t going to back down and finally forced to take a hard look at the evidence we’d brought to light, the deputy city prosecutor who had been tapped for trial admitted the case was “not the best.”  The prosecutor agreed, if the client stayed out of any legal trouble for six months, all charges would be dismissed.  He did and they were.

That December, I received a Christmas card from the client’s family.  His wife thanked me and the firm for allowing them to continue their lives as “a united family.”  That card remains on my desk to this day.