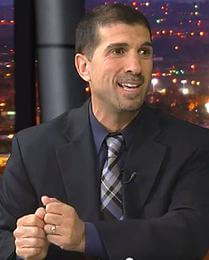 David Greenberg, Of Counsel to The Kavinoky Law Firm

David Greenberg is a veteran litigator within the Coachella Valley. He is a graduate of UCLA, and McGeorge School of Law. He has been a prosecutor for the Riverside County District Attorney’s Office for 20 years; and has tried hundreds of cases to verdict of every type, including: misdemeanor theft, vandalism, dui, assault, domestic violence, and serious felonies involving sexual assault, child abuse, gang crimes, and homicides, including death penalty cases.

David has an unmatched insight into law enforcement and a similarly unmatched familiarity with the Riverside County Judiciary, it is this experience and this insight that makes David the perfect advocate for you, your rights, and your case. David is smart, aggressive, tough, and a winner!

Note: David Greenberg is employed by the Law Office of Rodney Lee Soda, APLC Of Counsel to The Kavinoky Law Firm.