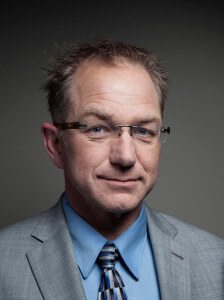 Last year, Elaine hired the Kavinoky Law Firm to represent her. She is a 55 year old woman who has suffered from a severe illness for over five years. The illness causes unbearable pain, which she manages with prescription pain medication. She has been taking the medication for over five years, so she knows how it will affect her.

She hired us after she was arrested for a DUI in Sacramento County. She explained to me that she had gone shopping on New Year’s Eve at Trader Joes for supplies for a party she was going to have at her home later that evening. When she entered Trader Joes, she started experiencing the extreme pain from her disease, and took her prescribed medication. She then continued to shop for another hour. She purchased her items (which included alcohol) and walked to her car. She started her car to get the heater going, and then grabbed her cell phone to call a friend to come and get her since she had taken medication, and did not feel safe to drive.

Before she could make that call the police arrived. They ordered her to get out of her car, and to perform several field sobriety tests, and then they proceeded to arrest her. They apparently had been called by a Trader Joe’s employee, who claimed she was drunk in their store.

I had a long conversation about the case with Elaine, and then appeared in court on her behalf. I explained to the Court that the case should be dismissed in the interest of justice, and because they cannot prove their case beyond a reasonable doubt to a jury, since Elaine did not drive while under the influence of anything. The Deputy District Attorney said that her blood tested positively for a Narcotic, so they would not dismiss the case.

I filed a motion with the Court for the case to be dismissed, since the officer arrested Elaine for Driving under the influence, but they could not prove that she drove, and that was an element of the crime. The judge denied my motion, saying that Elaine had to drive to Trader Joes, so that was enough. I explained to her that the law was that both had to happen at the same time, but my motion was still denied.

I explained to Elaine that we could appeal the Court’s ruling, since I felt the judge was incorrect in her ruling, or I would suggest that she set the case for trial, since I did not think that the Deputy District Attorney could prove all elements to a jury. She agreed, and we set the case for a Jury Trial.

At trial, the evidence was presented pretty much as outlined above, and I argued to the judge that the charges should be dismissed since they failed to prove and element. The judge incorrectly denied that motion. I then explained to the Deputy District Attorney that they were going to lose the case, since any “reasonable” jury will find her not guilty, since she was in fact not guilty. The Deputy District Attorney, full of bluster, confidently told me that she was going to win.

Prior to the closing arguments, I suggested that she discuss the evidence with her supervisor, so that they were all on the same page, and understood what the status of the case was prior to closing arguments. She agreed to reluctantly.

After lunch, the Deputy District Attorney showed up with her supervisor in tow. The supervisor, who I had worked with for many years, understood what the problems were with the case, so he attempted to avoid a defeat, by offering my client to plea to an “attempted Driving Under the Influence.” I told him that it was a BS offer, and that they ethically should dismiss the charges. They said that they expected the jury to return a guilty verdict on the DUI charge.

As, I am required to, I explained the offer to my client, but recommended to her that she reject the offer, and we wait for the jury verdict. She agreed.

The jury returned a verdict of NOT GUILTY to the charge, and my client walked out of court with a clear record, and justice was served. This is why I do what I do.