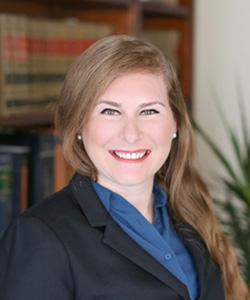 Admitted to Bar: California Bar in 2015

Hobbies and Interests: Cheering for the Los Angeles Dodgers and Baltimore Ravens, spending time with my Australian Labradoodle puppy, and trying out new restaurants in Orange County.

Why I Love What I do: Several years ago, my client was accused of a serious felony. He accepted his guilt and I negotiated him a short prison sentence. He was prepared and willing to serve the prison sentence when the court became aware that the District Attorney had failed to do their job and contact the victim in the case. Suddenly, due to no fault of his own, he was facing a much longer prison sentence. I ended up filing two different motions to the Court of Appeals requesting my client’s original sentence be honored. The Court of Appeals agreed and ordered the court to honor his original sentence. I can still vividly remember visiting my client in jail and letting him know we had succeeded.