Everyone at some point has seen a bright red sign clearly stating, “No Trespassing,” and most people intuitively understand the concept that people may not enter the area without explicit permission. However, California law, under Penal Code 602, Criminal Trespassing, deals with an individual interfering with the use of property belonging to someone else, or an individual acting in a bothersome way on someone else’s property, or an individual refusing to leave after the property owner asks him or her to do so.

The prosecution must prove three distinct elements of the crime to convict someone of criminal trespass in California. The elements include the following: 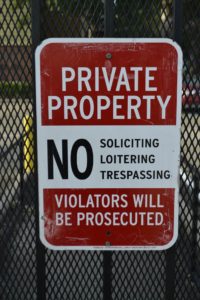 The State of California recognizes criminal trespass as an infraction, misdemeanor, or felony. The prosecution determines which severity to pursue by assessing the specific circumstances of the case.

The penalties for criminal trespass in California vary depending on how the prosecution charges the crime. Generally, the defendant faces misdemeanor or infraction penalties.

If the prosecution pursues a misdemeanor charge of criminal trespass in California, the defendant can face penalties of up to six months in county jail and fines of up to $1,000.

However, other cases of criminal trespass in California  may lead to mere infraction charges, with penalties consisting of only a small fine.

California State Penal Code 602 defines about 30 activities considered to be criminal trespass using over 3003 words. However, we will attempt to simplify the concept.

However, Penal Code 602 also prohibits obscure forms of criminal trespass in California, which include: 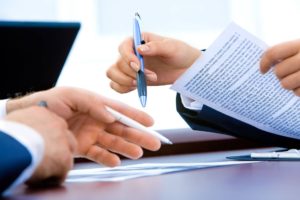 Elements of The Crime

California State Juror Instructions 2930 describe the following consistent elements of the crime which the prosecution must prove beyond reasonable doubt. 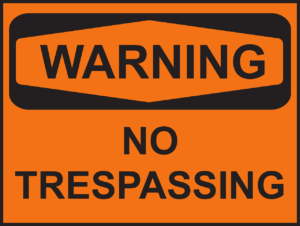 The state uses common words. However, the words take on a special meaning in this context.

The term “willfully” refers to actions done deliberately or on purpose. Acting “willfully” does not necessitate an active intent to break the law. It only refers to a deliberate attempt to perform the act that the individual carried out.

A homeless man named Andy panhandles in the downtown area. After begging all day, with little to show for his efforts, Andy decides to indulge himself with an exquisite sandwich from a fine eatery in the financial district.

His restaurant of choice caters to office workers and corporate executives. Andy, however, enters the restaurant, purchases his sandwich, and eats his sandwich in the restaurant. Andy only owns one set of clothes, which have become threadbare over  the last few years. Consequently,  they barely hang together. He rarely bathes, and carries a distinct odor with him wherever he goes.

His stench offends the other patrons and drives business away from the restaurant.

Andy deliberately entered the restaurant, but he did not commit criminal trespass.

The prosecution may not convict someone of criminal trespass if the defendant never actually damaged the property, or interfered with business.

In other words, if the individual specifically intended to enter the property in order to cause damage, or to interfere with conducting business operations, but did not actually succeed, then the prosecution cannot hold the defendant liable for criminal trespass. The individual did not commit this crime as defined by law.

Ryan is an activist for animal rights. One day he goes to a county fair to hand out leaflets protesting the treatment of farm animals. He stands in front of a rancher’s display and attempts to give leaflets to visitors who want to talk to and conduct business with the rancher. However, anyone who wants to avoid Ryan and interact with the rancher can physically do so.

Not long after he begins handing out leaflets, the police arrest Ryan. However, the court cannot convict him of criminal trespass. Even though his intent may have been to disrupt the business activities at the rancher’s display at the fair, he failed to do so. There was nothing to prevent patrons from easily moving past Ryan.

Kelly sets up a table in a library parking lot to protest animal testing. She does this without the library’s permission. She sets up her table in front of the parking lot entrance, thus preventing the library employees and patrons from accessing the parking lot and the front doors. Kelly’s table disrupts the business and forces the employees to behave differently.

Kelly committed criminal trespass because the business was not able to operate normally due to her behavior.

The State of California commonly prosecutes people for criminal trespass because they have “occupied” someone else’s property without their consent.

The word “occupy” means to remain in a place continuously for a significant amount of time.23

A group of friends sneaks onto a large privately owned segment of beach without the owner’s permission. Their intent is to throw an all-night party. The prosecution cannot convict them of trespass by occupying the property because they only stayed on the property for one night.

“The purpose of the legislature in passing subdivision (l) of the trespass law is quite clear. It intended the word ‘occupy’ to mean a non-transient, continuous type of possession. Surely the transient overnight use of four 3 to 7 foot areas in a very large ranch for sleeping bags and campfire purposes was not the type of conduct which the legislature intended to prevent when it used the word ‘occupy’. Had this been so, many verbs could have been used in place of ‘occupy’ to express the intention of preventing such transient use of so small an area, e.g., be, remain, loiter, tarry, camp, stay, and probably many more. Having in mind the legislative purpose in passing subdivision (l) of Section 602, it is rather obvious that some degree of dispossession and permanency be intended.” 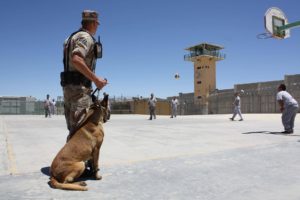 Penalties for Criminal Trespass Under California State Penal Codes 601, 602 and 602.8

Depending on the specific circumstances of the case, prosecutors may file the unique California criminal trespassing charges for the following:

The State of California can specifically charge “aggravated” criminal trespass under Penal Code 601 under unique circumstances. The charge only results in a conviction if the prosecution can prove the following:

The State of California actually considers aggravated trespass as a wobbler under California law. The crime may be charged either as a misdemeanor or felony. The prosecution will pursue the appropriate charges based on the defendant’s criminal history, as well as on the specific circumstances of the case.

Misdemeanor penalties for aggravated trespass include up to one year in county jail and fines of up to $2,000.

However, individuals charged with felony aggravated trespass face penalties that  include 16 months to three years in county jail. Moreover, the defendant may also receive felony probation.

The prosecution charges the majority of criminal trespass cases as misdemeanors under California law. Potential misdemeanor penalties can include:

The prosecution often charges criminal trespass in its simplest form, as an infraction, under California law.

Infraction charges often occur under specific circumstances that include the following:

The penalties for criminal trespass as an infraction under Penal Code 602.8 include:

However, for a third offense on the same land, the charge will be misdemeanor trespass.

Expungement of a Criminal Record After a Trespass Conviction 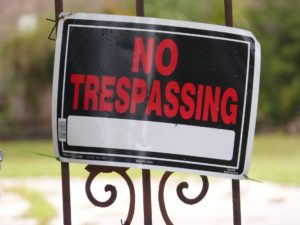 Trespassing laws intuitively refer only to illegally entering someone else’s property. However, the State of California considers a broad range of acts to be illegal under its criminal trespass laws.

In its simplest form, criminal trespass makes it a crime for individuals to enter or remain on property belonging to someone else without permission to do so.

The prosecution will usually pursue misdemeanor charges in criminal trespass cases. The penalties can include six months in county jail, and fines of up to $1,000.

However, individuals charged with aggravated trespass can face felony penalties. The penalties include a jail sentence of from 16 months to three years, as well as felony trespass charges. 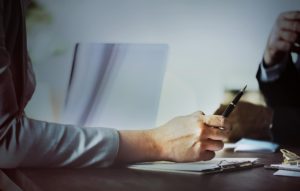 Criminal trespass charges can significantly impact an individual’s daily life with jail time and severe fines. However, the Constitution guarantees citizens the right to legal counsel. People can empower themselves by learning about the charges. Knowledge allows people to develop a solid understanding of the most effective courses of action. Experienced defense attorneys function as a vital resource for people accused of criminal activity. Diligent research conducted by criminal lawyers gives them enough information to fight against the charges. The defense attorney can focus on disproving the three integral elements of the crime:

If the prosecution cannot prove all three of these elements to the jury, then the accused citizen may not be convicted of criminal trespass.

People deserve to stand up for their rights. Aggressive criminal defense attorneys offer the best chances for success when fighting the legal system.