Skip to content
NoCuffs.com » Driving Without A License in California

The penalties for driving without a license in California can include probation for up to three years, six months in county jail, fines of up to $1,000, as well as impoundment of the driver’s vehicle.

People accused of driving without a license in California can face comparatively extreme penalties if convicted. Consequently, they deserve an opportunity to defend themselves in an effective manner.

Experienced defense attorneys have the ability and resources to investigate the situation. The investigation can bring relevant facts to light and aid in defending the accused citizen.

Criminal defense attorneys act as a counterbalance to the whims and caprices of popular will, and to the power imbalance between citizens and the government. 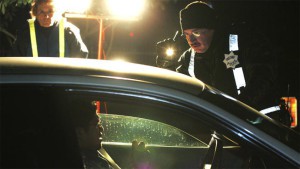 Defining Driving Without a License in California

A person may not drive a motor vehicle upon a highway unless the person holds a valid driver’s license issued under this code, except for those persons who are expressly exempted under this code.

The law seeks to ensure that only qualified individuals drive on California roads. Vehicle Code 12500 is not violated if the driver does not have the license on his or her person. Only drivers without a valid license are charged under this code.

Individuals who have been issued valid driver’s licenses, but do not possess it when a police officer stops them, are in violation of California vehicle code 12951.

Under Vehicle Code 12951, the State of California divides failure to display a driver’s license into two categories that are described in two sections of the code. The state may punish section A violations as infractions, while section B violations are considered misdemeanor offenses.

The penalties for failure to produce a driver’s license vary depending on why the driver did so.

Under California Vehicle Code 12951(a), driving without a license in your possession can be punished as an infraction. The penalties consist only of fines of up to $250.

Under Vehicle Code 12951(b), refusing to show your license to a police officer qualifies as a misdemeanor. The penalties can include probation, a six-month county jail sentence, and fines of up to $1,000.

Example of Failure to Display a Driver’s License

One morning while leaving for work, Daryl forgets his wallet on the kitchen counter. He realizes he is late for work and begins to drive faster than he normally would.

A police officer pulls him over for driving 50 miles an hour in a 40 mile-an-hour zone. California had issued Daryl a valid license, but he had left it at home.

Daryl and his lawyer quickly present his valid California driver’s license the next week, and the judge dismisses the charges.

Failure to present a driver’s license occurs when a driver refuses to show his or her license to a law enforcement officer while the officer is enforcing a California vehicle code. It can also occur when someone is driving without a valid license in his or her possession.

Example of Failure to Present a Driver’s License

17-year-old Angela earned her driver’s license last year. She frequently drives to and from school, as well as to parties around town.

One Friday night she sneaks out of the house and takes her dad’s car. She drives to a party and begins to take part in the festivities. After a few drinks she decides to drive home. However, a police officer pulls her over.

Angela understands the California Zero Tolerance Law pertaining to minors driving under the influence. She does not want to be charged with a DUI. Therefore, when the officer asks for her license, she refuses to show it.

By refusing to show a law enforcement officer her license while the officer is performing his or her legal duties, Angela broke the law. She violated California State Vehicle Code 12951 by failing to present a driver’s license.

Example of Driving Without a License

After graduating from college, Phyllis found a full-time job in San Diego. She rented an apartment and registered to vote in California. By registering to vote and finding a more permanent place to live, Phyllis established residency in California.

After establishing residency, Phyllis has 10 days to change her driver’s license and vehicle registration. If she does not obtain a California license, Phyllis may be charged with driving without a license under California Vehicle Code 12500a.

Driving Without a License in California – the Elements of the Crime

In order for the prosecution to prove someone guilty of driving without a license, three elements of the crime must have occurred:

The law does not limit valid driver’s licenses to those issued by the California  Department of Motor Vehicles. Under California law, the driver must hold a valid license from the driver’s state of residence. In addition, the license must be valid for the type of vehicle the driver is operating.

Karen grew up in Riverside and acquired her driver’s license on her 16th birthday. However, when her license expired on her 21st birthday, she failed to renew it.

A few weeks after her 21st birthday, police officers stop Karen at a DUI checkpoint. Karen has not had anything to drink, and has her expired driver’s license on her person.

However, the police charge her with driving without a valid driver’s license under Vehicle Code 12500.

The Burden of Proof for Driving Without a License in California

California Vehicle Code 12500 differs from many other criminal codes. The prosecution only needs to allege that the individual was driving without a license at the time of the offense. The driver bears the burden of proof that he or she possessed a valid driver’s license.

It is not necessary for the people to introduce evidence that the defendant did not have a valid driver’s license to operate a motor vehicle in California (Vehicle Code 12500 VC, Driving without a License Prosecution). Whether the defendant was or was not properly licensed is a matter peculiarly within his or her own knowledge. The burden is on the defendant to raise a reasonable doubt as to his or her guilt of driving a motor vehicle upon a highway without being the holder of a valid driver’s license.

The reasoning behind the shift pertaining to the burden of proof stems from how easily the driver can prove that he or she possesses a valid driver’s license. Prior to the advent of the internet and information globalization, records were kept only on paper. The California state legislature passed this law at a time when technological limitations hindered record keeping. The outdated nature of this law no longer makes sense in today’s fast-paced world, but the law remains the same.

Penalties for Driving Without a License in California

California state prosecutors can charge drivers with an infraction or with a misdemeanor under Vehicle Code 12500.

Infraction charges may result in fines no greater than $250.

However, misdemeanor convictions carry more severe penalties which include:

A driver’s history determines how the prosecution will charge the offense. Most first offenses will result in infraction charges. However, repeat offenders and drivers with marred driving records will most likely face misdemeanor charges. 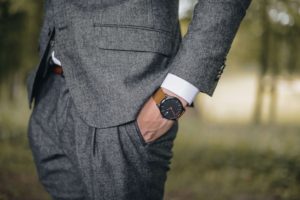 Understanding Driving Without a License in California

Under California State Vehicle Code 12500, in order to operate a motor vehicle on California roads, drivers must possess a valid, date-issued driver’s license.

Driving without a license differs from failure to present a driver’s license.

Vehicle Code 12500a prohibits drivers who have not been issued a valid state driver’s license from driving.

California State Vehicle Code 12951, however, concerns licensed drivers who either refuse to present their license to a law enforcement officer, or who are driving without the license in their possession.

Skilled criminal defense attorneys can easily handle cases involving driving without a license because they know what to do.

By aggressively interacting with the prosecution and the state, an experienced criminal defense attorney can find a way to have the charges either reduced, or dismissed. However, most people do not have the knowledge or experience to do this on their own.

Individuals convicted of driving without a license in the State of California face either infraction or misdemeanor penalties.

Infraction penalties only consist of fines of up to $250.

However, misdemeanor penalties can include the following:

Accused individuals have a right to defend themselves. However, an effective defense requires skill and experience within the legal landscape. Working with a defense lawyer ensures the best possible outcome in criminal cases.