Skip to content
NoCuffs.com » Misdemeanor Evading an Officer in California

Almost anyone can watch the news at some point and see a wild police chase. While extreme cases of  evading a peace officer or police officer do occur in California, most cases do not involve high speed pursuits across long distances.

Simply put, the State of California can convict drivers of evading a peace officer or police officer if the driver willfully attempts to flee from a law enforcement official who is pursuing the driver in a car or on a bicycle.

The prosecution must prove five elements of the crime of Misdemeanor Evading an officer under California State Vehicle Code 2800.1. 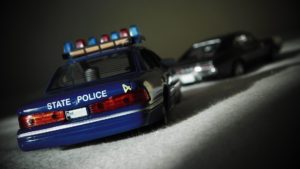 The penalties for misdemeanor evading an officer include up to one year in county jail, and fines of up to $1,000. Furthermore, the vehicle used to evade the officer may be impounded for 30 days.

A man purchases a bag of cocaine and puts it in the glove compartment of his car. On his drive home, the man speeds through an intersection. A police officer sees him speeding and turns on his lights and sirens in an attempt to pull him over. The man, however, is terrified of being caught with drugs in his car and speeds away from the police officer.

A woman loses a DUI case, and loses her license to drive. However, she chooses to drive anyway in order to transport herself to and from work. On her way home from work one day, a police officer sees that one of her brake light is out. The police officer turns on his siren and lights and tries to pull the woman over. She panics and begins to weave in and out of traffic because she does not want to be convicted of driving without a license.

A commercial truck driver behind the wheel of a long multi-trailer rig knows the vehicle is overweight. He sees a highway patrol officer turn on his vehicle lights and begin to pursue him. The truck driver knows he may face punishment from his employer due to the vehicle’s weight, but chooses to keep driving instead of pulling over.

People can also be convicted of evading an officer while fleeing from an officer riding a bicycle. 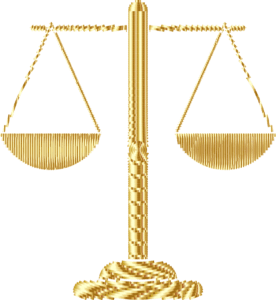 Elements of the crime

The essential elements of the crime involve the drivers intent, the officer’s vehicle, and the officer’s uniform. Each one functions in a particular manner under California State law.

One of the most important elements of evading an officer is the driver’s intent. The prosecution must prove that the driver evaded the police officer with specific intent.

“Willfully” refers to the deliberate intent of the driver.

Specific intent crimes require the prosecution to prove that the defendant specifically intended to perform the criminal act.

The prosecution does not need to prove that the driver intended to break the law, hurt someone else, or to gain an advantage.

However, if the driver fled from the officer under a different rationalization, then the driver can build an effective legal defense against evading an officer charges.

Meredith recently turned 68 years old and is beginning to exhibit early signs of dementia. Sometimes while driving she loses focus and becomes disoriented.

One Sunday afternoon, Meredith drives through a 35 mph section of the road at 55 mph. A police officer sees her driving above the speed limit and attempts to pull her over.

Meredith does not understand that the officer’s flashing lights and siren are the officer’s signals for her to pull over. Consequently, she continues to speed down the same street at 55 miles an hour with the police officer chasing her.

The prosecution most likely could not prove that Meredith evaded the officer willfully. Therefore, Meredith probably could not be convicted of evading a police officer.

Another example involves a married couple, Phyllis and Bob. Phyllis is 9 months pregnant and begins to go into labor. Bob recognizes that her contractions have begun and decides to drive her straight to the hospital.

After leaving their house, Bob drives as fast as he possibly can, regardless of the speed limit. After a few miles, he sees a police officer behind him with his lights on and his siren blaring.

Bob chooses to ignore the police officer and continues driving to the hospital as quickly as possible.

When they all arrive at the hospital, the police officer arrests Bob for evading an officer, while Bob’s wife goes straight to Delivery. Bob’s intent, however, was not to deliberately evade a police officer. Bob drove quickly in order to get his wife to the hospital as soon as possible. Under this rationale, the prosecution could not prove him guilty of evading an officer. 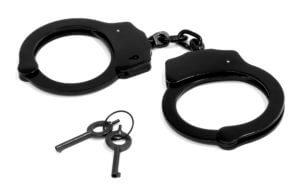 California State Vehicle Code 2800 .1 describes the particular markings and equipment on an officer’s vehicle that are necessary to support a charge of misdemeanor evading:

These distinct markings can include:

Jim, a police officer, drives a vehicle equipped with only a siren, a red light under the rear-view mirror, and a blue amber blinking light in the back.

Jim sees a car run a stoplight. The driver of the other car, Dwight, begins to speed away.

As Dwight speeds off in his car, Jim follows him in his police vehicle. Jim turns on his red light, his siren, and his blinking blue light in the back. However, Dwight does not pull over and continues to run stop signs in order to get away from the officer.

Eventually the police officer catches up to Dwight. Jim finds heroin in the car and charges Dwight with both the transportation of a controlled substance and VC 2800.1.

The prosecutors, however, cannot prove beyond a reasonable doubt that Dwight could see the blinking blue light.  Consequently, the officer’s car does not qualify as being distinctively marked apart from the red light and siren. As a result, the prosecution cannot prove Dwight guilty of evading an officer.

Under Vehicle Code 2800.1, officers pursuing drivers must be in a “distinctive uniform.”

A “distinctive uniform” means clothing adopted by a law enforcement agency to identify or distinguish members of its force. The uniform does not have to be complete or of any particular level of formality. However, a badge is not enough.

Police officers arrest Creed for felony firearm charges as well as for misdemeanor charges for evading an officer after they chase him through downtown streets in their police vehicle.

One of the officers who pursues Creed is wearing a bulletproof vest over her shirt, as well as a vest  which reads “Police” in bright yellow lettering. She is also wearing a gun belt during the pursuit.

The other officer is in street clothes. However, he is wearing a police department jacket, a gun belt, and a baseball cap with “Police” written across the front.

Although the officers are not wearing complete and formal blue or black uniforms, their clothing clearly indicates their status as police officers. Consequently, the prosecution could effectively convict Creed of evading an officer.

Penalties under State Vehicle Code 2800.1 for Evading an Officer in California

The potential penalties include:

In addition, the judge may suspend the defendant’s driver’s license for a period of time as a condition of robation

The State may only charge a driver for one count of evading a police officer per event. The number of officers involved does not determine how many charges the defendant will face. 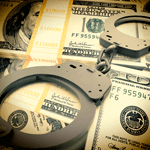 If the prosecution can find only weak evidence, but does not dismiss the evading an officer charges completely, the prosecution may suggest a plea bargain under Penal Code 415 PC, Disturbing the Peace.

Felony reckless evading an officer qualifies as a California wobbler. Wobblers may be charged as a felony or as a misdemeanor. However, California prosecutors usually choose to pursue felony charges.

If the prosecution charges the crime as a felony, a reckless evading charge carries a potential state prison sentence of sixteen months to three years, as well as fines of up to $10,000.

If the act of evading an officer causes only serious bodily injury, then the state considers the crime as a wobbler. The potential California felony penalties include three to seven years in state prison.

However, if the driver evades an officer and causes the death of another person, the potential penalty increases to four to ten years in state prison. 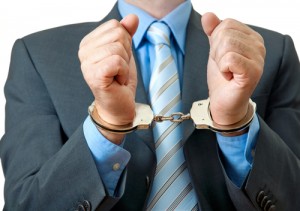 The State of California charges drivers with evading a peace officer under Vehicle Code 2800.1 if, while driving a motor vehicle, the driver willfully attempts to flee from a police officer who pursues him or her in a car or on a bicycle.

The prosecution must prove the elements of the crime, including the following:

A conviction of misdemeanor evading an officer carries the following penalties:

Furthermore, the vehicle used to evade an officer may be impounded for up to 30 days.

The prosecution bears the burden of proof in every criminal case, and defendants deserve to fight for their civil liberties as guaranteed under the Constitution of the United States. An experienced criminal defense attorney can investigate the situation, and unravel what happened in order to effectively defend the accused individual.

By acquiring information on the driver and the situation, a skilled defense attorney may be able to show a lack of specific intent on the part of the driver.

Drivers can only be convicted if the prosecution can prove that the driver specifically intended to evade the officer who was pursuing him or her. There can be many reasons for a driver not to stop when a police officer is pursuing him or her:  The driver could have been distracted and didn’t realize that the officer was signaling for him or her to pull over. The driver could have feared for his or her well-being in the neighborhood where the offense occurred and did not stop. The driver was not able to determine if the individual following him was indeed a police officer due to  insufficient markings on the officer’s vehicle.

Law enforcement protocol exists for a reason, and citizens deserve a legitimate opportunity to fight for their rights.