California Penal Code 532 defines theft by false pretenses. The state prohibits people from making false promises, thereby convincing someone else to give up their property.

People often think of theft as forcibly taking property belonging to others. In other words, someone takes property against the will of another person or entity. On the other hand, theft by false pretenses involves someone willfully giving up his or her property. However, he or she does this only because of false information deliberately provided by another person or entity. Some may describe this crime as theft through deception.

The penalties for theft by false pretenses are determined by the value of the stolen property. The state may classify the crime as petty theft if the value of the property stolen is assessed at less than $950, or as grand theft if the property is assessed at more than $950. Grand theft also includes firearms and automobiles. Grand theft convictions carry penalties of up to three years in state prison plus fines, while petty theft penalties include up to six months in jail plus fines.

The 2002 Movie Catch Me if You Can is based on Frank Abignale Jr.’s semi-autobiographical book of the same name, and depicts a young man stealing $2.5 million before his 21st birthday. He used confidence tricks and false pretenses to steal every cent. 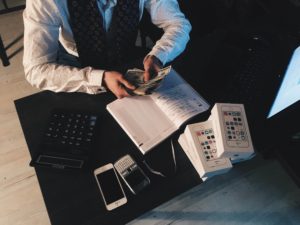 Theft by false pretenses in the State of California is outlined in Penal code 532, which defines a few key elements.

The prosecution can illustrate false pretenses through any of the following:

A very real-world example of theft by false pretenses is illustrated by the Bre-X mining scandal , which occurred during the early to mid-1990’s. A Canadian gold mining company purchased a mine in Indonesia which initially produced a very limited amount of gold. Consequently, the company began to fail. However, one of the workers at the company began to “salt” the daily core samples. As a result, Bre-X began to accumulate more investors, and more money, but ultimately collapsed after the crime surfaced.

A core sample is “salted” by adding other, more valuable, minerals to the sample – in this case, gold. Salting the core samples of this particular mine indicated a much higher quantity of gold than there actually was.

Bre-X lied about the mine’s success to attract new investors. Moreover, the company convinced investors to continue supporting their failing mine through deceit. Bre-X leveraged their fraudulent core samples to acquire more investors for the struggling company. 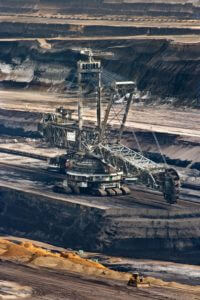 Elements of The Crime

Convicting someone of theft by false pretenses requires the prosecution to prove the elements of the crime.

The first element concerns deliberate deceit. The defendant must have known that what he or she said was false, and have had the intent to convince the other person that it was true.

“False pretenses” can include:

Tammy begins to produce what she describes as a panacea, In reality, however, there is no scientific evidence to support her claims. She convinces a person suffering from cancer to purchase her chemical compound with the promise that it will cure cancer. Tammy is guilty of theft by false pretenses even if she didn’t positively know her claims were not true. She recklessly claimed that her chemical compound could cure diseases without any scientific evidence.

The second element involves fraudulent end goals. The defendant must intend to persuade the victim to give up his or her property to the defendant.

Ryan is curious about human behavior. He decides to pretend to be Jesus Christ and to go about announcing the Second Coming – simply to observe people’s reactions. Eventually, this gains traction on the internet and he becomes a well-known public figure within a certain demographic. As a result, people begin to send him money with no solicitation on his part. Ryan is not guilty of theft by false pretenses because he never intended to persuade anyone that he was Christ, nor  did he request that property be given to him.

A skilled defense attorney will be able to accurately assess the victim’s motives in this situation. After examining the relationship between the  defendant and the victim, a good defense lawyer will devote adequate resources to investigating both parties. The defense attorney will accurately analyze the facts, and will be able to show that the victim did not give the property based on the defendant’s statements, but for some other reason, thus removing the fault from the defendant.

The fourth element involves a deliberate lie. The individual must cause the victim to believe in his or her lie through some means.

The law recognizes four ways to illegally acquire trust in a theft by false pretenses case. 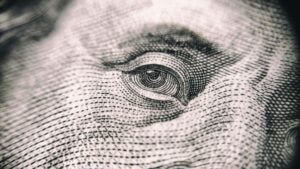 Building a defense against theft by false pretenses charges can be challenging. However the prosecution has the burden of proving the defendant’s intent to deceive. The defendant may genuinely believe in what he or she said, and therefore never intended to deceive the victim. Moreover, the defendant may have misunderstood the situation and the facts surrounding it. A skilled defense attorney can introduce enough reasonable doubt to prevent the prosecution from attaining a conviction.

The penalties for theft by false pretenses are the same as for other forms of theft, and vary according to whether the charge is a misdemeanor or a felony. Theft of property valued at $950 or less is considered petty theft.

Penalties for Theft by False Pretenses in California

Theft of property valued  at more than $950, or of a car, a firearm, or livestock, is considered grand theft under California State Penal Code 532. Grand theft is considered a wobbler crime, meaning that the charge will be determined by the specific circumstances of the case, as well as by the defendant’s criminal history. However, the State of California will always charge any theft of a firearm or automobile as a felony.

The penalties for misdemeanor petty theft include

The penalties for misdemeanor grand theft are:

The penalties for felony grand theft are: 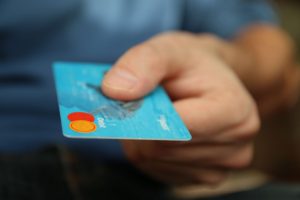 Those facing a charge of theft by false pretenses owe it to themselves to seek the most skilled defense attorney possible in order to fight the charges, and to find a successful outcome.

The state must prove that the defendant carried out a few specific elements of the crime:

First, the defendant intentionally deceived the victim through a lie.

Second, the defendant lied in order to gain the victim’s trust and to receive property from the victim.

Third, the victim relied on the lie.

Finally, the defendant actually misrepresented himself or herself or made promises under false pretenses.

Working with an experienced legal team can make all the difference, both in a catastrophe and in a minor inconvenience. The defendant may have had genuinely good intent. Determining what other people are thinking, or thought, is not possible due to the current limitations of science and technology. The prosecution must prove intent to deceive. Since everyone makes mistakes, and since circumstances may change dynamically, proving intent to deceive is more challenging than it may appear at first glance.