Skip to content
NoCuffs.com » Nickelback, DUIs and Travel to Canada After DUI on CNN International 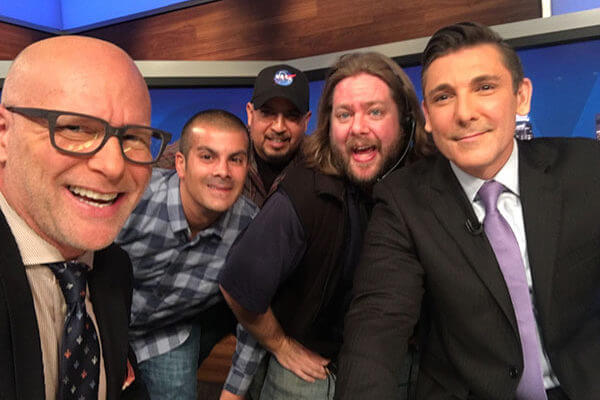 Can you travel to Canada after a DUI? The Canadians announcement yesterday that they will impose music playing as part of DUI punishment brings up the question of DUI policy in Canada and how they view potential visitors to their country who have a DUI on their record. Darren Kavinoky appears on CNN International with John Vause to discuss Canada’s announcement that they will play Nickelback for those arrested for DUI in the police car ride to the station.

Kensington Police Service in Canada announced the new DUI punishment in a Facebook post over the weekend…”When we catch you, and we will catch you, on top of a hefty fine, a criminal charge and a years driving suspension we will also provide you with a bonus gift of playing the offices copy of Nickelback in the cruiser on the way to jail.” [1]

John Vause of CNN says, “In the sleepy town of Kensington they’re warning of a cruel and unusual punishment for drunk drivers who find themselves in the back of a patrol car…miranda rights, handcuffs and the blaring sound of Canada’s much-maligned rock band Nickelback. Criminal defense attorney Darren Kavinoky joins me now. Mr. No Cuffs specializes in DUI law.”

“I think it’s so clever and I’ll bet you that tomorrow Chief Marketing Officers in corporations all around the world are going to be called into their bosses office to say, ‘You know what do one of those viral things for me.’ It’s an authentic real way to get people engaged in an important conversation. It’s a big problem,” observes criminal defense lawyer Darren Kavinoky.

“The department told CNN today they don’t actually hate the band,” says Vause. He adds, “They said this, ‘We are just using a different approach to get an age old message. As long as it starts a ‘don’t drink and drive’ dialogue, we’re happy with that.'”

“In Canada, in particular, we’ve seen that over half the fatalities that happen on the roadway involve alcohol or drugs and so this is a real problem that needs some real solutions and this opens up some opportunity for real dialogue so I’m very much in favor of what they’re doing here.” says Kavinoky.

Can you travel to Canada if you have a DUI?

John Vause of CNN adds, “If you look at the issue of drink driving in Canada, they have some of the toughest [DUI] laws on the books. Right?”

“They do,” answers Kavinoky. “As a matter of fact, even for citizens in the United States,” says Kavinoky, “they’re unable to gain entry into Canada if they’re on probation for DUI here in the U.S. So Canada takes it very seriously with jail, license suspensions. They do all those things internally, but even for people who have DUIs in other countries who want to come visit Canada, forget it.”

“I would love to be put out of business thanks to Nickelback,” says Kavinoky. “A matter of time,” responds Vause. Watch the video live here.

Criminal Defense attorney Darren Kavinoky is the founding attorney of 1.800.NoCuffs. If you need a DUI attorney in Los Angeles, you can see the team at The Kavinoky Law Firm here.