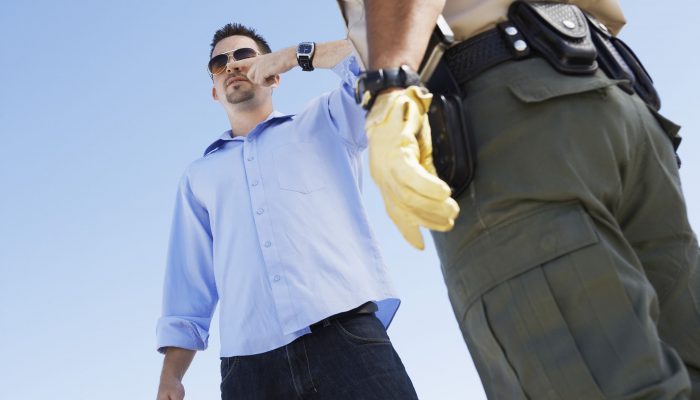 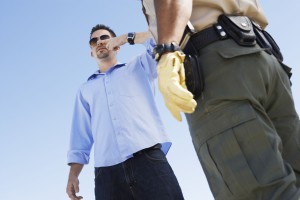 One of the biggest fallacies we hear from clients regarding cannabis-related DUI charges (driving under the influence) is the notion that a failed field sobriety test is a valid indicator of intoxication. The truth is, science can’t prove that such assessments are valid nor that the results are reliable. In fact, studies have shown that there’s such a mixed bag of results related to validity that researchers are at odds with it, meaning the threshold of proof cannot generally be met through these means alone. Can it get you arrested? Yes. Does it mean you will be convicted? No.

If an officer suspects that a driver is under the influence, a typical method for determining probable cause for arrest is the National Highway Traffic Safety Administration (NHTSA)-approved Standardized Field Sobriety Test, or SFST. The three-part test focuses on assessing reflexes and coordination. It consists of 1) standing on one leg, 2) walking and turning, and 3) evaluation of horizontal gaze nystagmus (HGN), which is the ability to follow an object with the eyes, along with possible abnormal dilation of the pupils. [PRO TIP: If an officer does any type of assessment that deviates from the NHTSA standards, those results and the administration alone can be argued as unreliable if it goes to court.]

While these standards and practices are used on a regular basis related to alcohol, there is dispute as to the validity and reliability when the alleged intoxication is related to cannabis. In fact, there is legal precedent and research indicating SFSTs and FSTs (non standard) cannot and do not accurately or appropriately measure a cannabis-intoxication level, and therefore, have no place in serving as probable cause for arrest.

Legal precedent and lack of validity

In 2017, the Massachusetts Supreme Judicial Court, stated it saw no clear scientific, data-driven consensus as to whether or not FSTs are a reliable indicator of cannabis-related impairment. It determined that even if a Massachusetts officer performs FSTs, the officer is limited in how they can discuss the results in their testimony. They can indicate they performed an assessment, but they can’t state an opinion about what they saw.

Proponents of marijuana law reform are working to make the case that cannabis is different in the way it impacts the body’s psychomotor performance from other drugs, both legal and illegal. They point to research that shows “the risk of accident associated with cannabis-exposed drivers is lower than that of those exposed to other licit and illicit substances…” The study concludes that the influence of cannabis is “relatively subtle and short-lived” and that the “impact on psychomotor performance differs significantly from that of alcohol.” (AAA, An Evaluation of Data from Drivers Arrested for Driving Under the Influence in Relation to Per Se Limits for Cannabis, 2016)

Also of importance is the perspective on drug testing for the presence of possible intoxicants — namely THC or its metabolites. In a 2019 presentation at the 4th annual Marijuana Law Conference, the deputy director for the National Organization for the Reform of Marijuana Laws, or NORML, presented studies supporting the opinion that the effects of inhaled cannabis on psychomotor skills are “typically subtle,” resulting in “modest impairment,” and concluding that “the effects…on higher-level driving are minimal.” He opined that there’s no way to really know through testing using “per se thresholds” the recency of exposure to cannabis nor psychomotor impairment. (Armentano. 2015. Are THC concentrations appropriate for presuming psychomotor impairment? In. Tiftickjian. Medicolegal Aspects of Marijuana: Colorado Edition. Tucson: Lawyers & Judges Publishing Company.)

The NHTSA itself notes in its Drugs and Human Performance Facts Sheets that it is “…currently impossible to predict specific effects [of THC] based on metabolite concentrations.” A 2011 study also indicates that unlike drugs of other types, “[p]atients who take cannabinoids at a constant dosage over an extensive period of time often develop tolerance to the impairment of psychomotor performance, so that they can drive vehicles safely (e117).

This is just the tip of the iceberg on the subject of cannabis and impairment. Just because you are given a sobriety test for any type of intoxication doesn’t mean you will be convicted of a crime. But you have to be willing to accept that you don’t know what you don’t know, and when it comes to the law you want the best in your corner. We know what matters in a courtroom, we know what doesn’t, and we know how to build a solid case to support you. You do NOT want to try to navigate a DUI arrest of any type without an experienced attorney in your corner. We are here for you: 1-800-NoCuffs.