Skip to content
NoCuffs.com » The pillars of a DUI prosecutor’s case 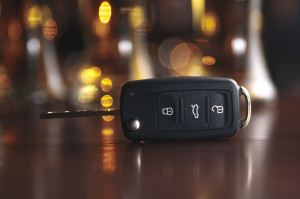 You’ve been arrested for driving under the influence (DUI) of drugs or alcohol. Now what?

First off, don’t panic. This is definitely easier said than done, but it’s important to keep your wits about you and not make a bad situation potentially worse by talking or acting out. Keeping a cool head will help on the legal side.

Focus on the following:Document what happened. As soon as you have an opportunity, write down as many details as possible about what happened immediately before, during and after the event. Any details about what was said and done throughout are important, as they may help your attorney with defenses.Don’t plead guilty. Just because you’ve been detained does not mean there is overwhelming evidence against you. You may feel pressured or even convinced that pleading guilty is the obvious solution, but do not make any decisions until you’ve consulted with an attorney who specializes in DUI cases. We’ve seen it all, from misdemeanors to felonies to multiple DUI arrests. This is no time to try and handle things on your own. Experts exist to help you navigate your situation, regardless of severity.In DUI cases, the burden of proof falls on the prosecution. That means according to the law, a defendant should only be found guilty if the prosecution presents a 100% fact-driven case that has absolutely zero reasonable doubt.

Prosecutors tend to latch on to these four areas in DUI cases:1- Physical signs and symptoms of being under the influence. You may have red eyes. You may have an odor. You are observed walking in an abnormal pattern. These are all subjective, based on the observations of the arresting officer(s).2- Field sobriety test performance. Your balance may be off. You may be unsteady changing direction while walking. This doesn’t mean you are under the influence!3- Driving pattern. Law enforcement authorities rely on 24 driving patterns identified by the National Highway Traffic Safety Administration that may indicate the driver is intoxicated. These include swerving, weaving and driving without headlights at night. All 24 may have zero correlation to levels of intoxication and with reasonable explanations for their occurrence.4- Chemical test results or refusal to take the test. Test results may be impacted by improper administration, medications, medical conditions and more. And refusal to take a test does not equate to guilt.If any of these four pillars of a prosecutor’s case is knocked down or even loosened, the whole case either falls apart or is shaky, which means reasonable doubt.The most common sense rule of all is to avoid driving under the influence at all. Drink responsibly. Always have a designated driver. But, if you find yourself in need of legal assistance related to DUI, give us a call at 1-800-NoCuffs.